The end of an era... and the beginning of a new

The Tiny Casita made its way to its new, but somewhat temporary home while the new owner (yes, I said new owner) completes the work, and prepares her for her more permanent home. It was a bittersweet morning indeed. 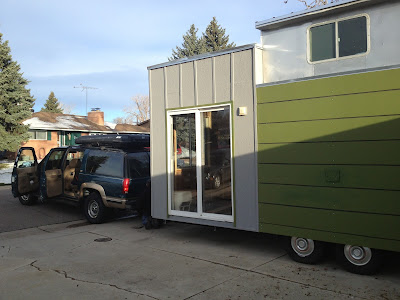 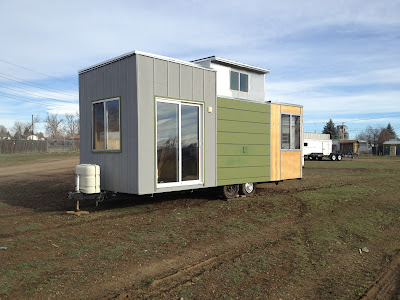 However, we decided that now that we’re a small family, and because we already have a "permanent" vacation home in Mexico, that we want to be more mobile. Each weekend a new adventure! Where the wind blows! With that in mind, we’ve purchase a vintage molded fiberglass trailer; sometimes refer to as an “Egg”. Our is a 1972 Compact Junior made by Hunter.

The great thing about these fiberglass campers is that they’re very lightweight. This one comes in at around 950 lbs. That means we can tow it with our Jetta TDI wagon rated for 2000 lbs. towing capacity. Plus, we normally get around 55 gallons (highway) per mile without the trailer. We’re hoping to get around 45 while towing which is really great.

The camper doesn’t look like much now, but by this time next year, she’ll be a beauty!

For now, I’ll be heading down to Pueblo this weekend to tow her home. Our plan is to enjoy her the way she is for the summer, and start a total restoration next fall. Stay tuned... 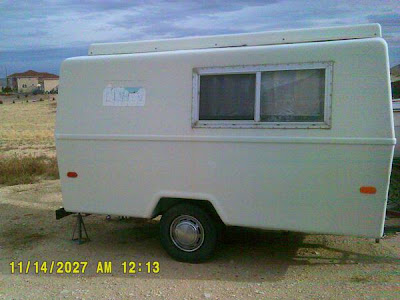 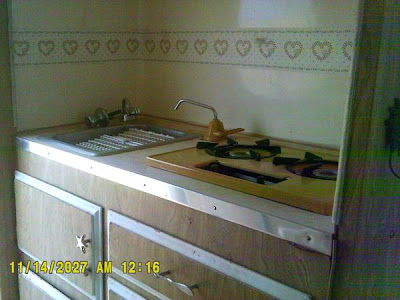 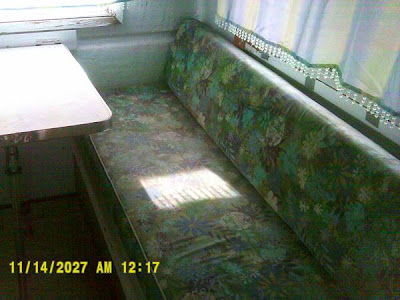 Time for a recap

I started this project more than a year ago. I originally had hoped to take the Tiny Casita down to our land in Mexico. I even built it with the harsh tropical climate in mind. Over the last two months I’ve spent 4 weeks on our land in Mexico and sense then, I have come to a couple inevitable conclusions.

We will not be bringing the Tiny Casita to Mexico after all. Logistically, it just isn’t worth it for me. The stress of trailering, or having it trailered for 2000 miles, as well as hoping to get permission to cross the border with an RV permit and/or import taxes just seems like too much. Sorry to the folks following the Tiny Casita build whom we’re hoping to see it make the journey safely to Mexico. It just isn't going to happen.

After spending 4 comfortable weeks in our Motorhome, already parked in Mexico, I’ve decided that until we build a concrete house there, the RV is just perfect. Which brings me to my next point of discovery. 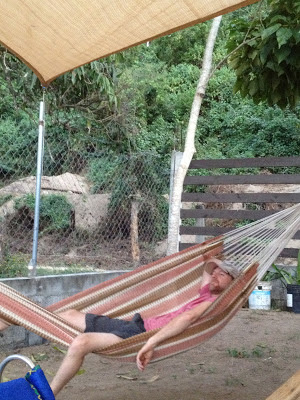 Maybe a tiny concrete house isn’t the way to go for our land in Mexico? Concrete block is cheap. Only about 1.5 Pecos per block. Why not build a slightly bigger house? Something that will last forever and can be used for generations. With that in mind, we’ve been talking with a few architects hoping to find someone that shares our love for simplicity. Will keep you posted as we move forward. 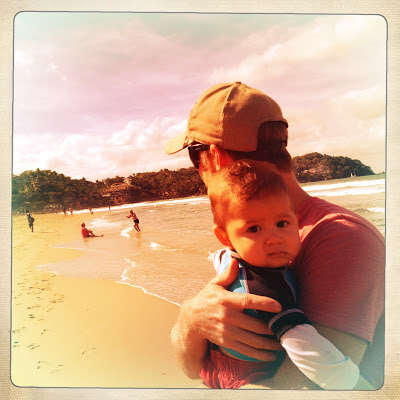 That’s doesn’t mean it’s the end of the road for the Tiny Casita. We’re currently investigating several options. Land in Colorado can be found relatively cheap, depending on where you look. We’re big fans of Grand Lake so for now, we’re keeping our eyes peeled for a good deal on a tiny chunk of land near the lake.

We’ve also considered a little piece of land near Traverse City Michigan. Michigan is absolutely beautiful in the summer. I grew up there and certainly miss the lakes. It was lifestyles I guess I took for granted growing up, but hope to share a little taste of the lake life with my son. My extended family lives in Michigan too so this would be a great way for us to spend time with family there.

As far as the build goes: Just a few things left to work on. Floors, and plumbing.

Posted by Greg at 3:01 PM No comments: Links to this post